Niyada serves in various committees at Thailand’s Ministry of Public Health, such as National Antimicrobial Resistance Policy Board, Drug Committee (as expert by law), and Subcommittee on Promotion of Rational Drug Use, under the National Drug Policy Board.  Her two major previous positions were Director of Chulalongkorn University Social Research Institute, and member of Fund for Promotion of Safe and Innovative Media (by law).  At the same time, she volunteers to work with many civil society organisations (consumer and patient groups) both nationally and internationally, for example as a board member of ISIUM (International Society for Improving Use of Medicine).  Niyada also serves as temporary expert with World Health Organization.

Her current focus is on drug system monitoring to signal risk factors to health to relevant bodies, to raise awareness among public, and to advocate certain public policies such as those on  antimicrobial resistance, rational use of medicine, and Access to Medicine.  Other works include governance and ethics, social pharmacy, and roles of sciences in social development and sustainability.

We welcome feedback and suggestions and material to include.
Contact the webmaster at: Beverleyfsnell(at)gmail.com

To contact email addresses supplied on the site, please rewrite them into your own email program.

Material on this site may be quoted so long as the reference is acknowledged. 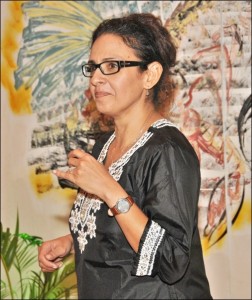 Shila, a wonderful friend, a colleague, and the passionate and indefatigable coordinator of Health Action International Asia Pacific (HAIAP)
Remembered with great sadness for her passing but also with enormous  appreciation and thanks for her contribution. 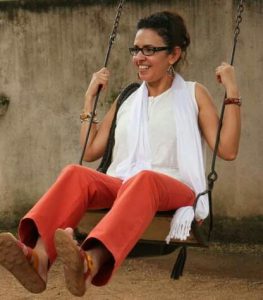 Shila passed away November 21, 2017 in Los Angeles, with her sister and family.

Coordinator 2019 …
Beverley Snell’s first qualification was in Pharmacy but she expanded into more general international health and access to medicines. She worked with refugees in Somalia from 1980 to 1986 then returned to Melbourne to work with Therapeutic Guidelines and with the Victorian Aboriginal Health Service.

She was based at the Burnet Institute between 1994 and 2012 where she taught in the Monash University MPH course and was involved in pharmaceutical systems strengthening in Pacific Islands and Mekong countries associated with WHO and governments. After retiring from Burnet she remains a Burnet Associate and still works with former colleagues, especially around Antimicrobial Stewardship.

She has been involved with HAIAP since 1986 and was appointed coordinator in 2019.