Politics of Medicines Encyclopaedia
Health Action International (HAI) presents a first-of-its-kind, free, online encyclopaedia of the politics of medicines from the perspective of HAI’s expert network of consumer groups, non-governmental organisations, health care professionals, academics, media and individual partners in more than 70 countries. This project will become a comprehensive, easy-to-use and accessible resource for a broad audience that is engaged, or interested, in health advocacy, activism, civil society capacity building, or public health outcomes of the medicines market.
The encyclopaedia is available here

Bangladesh: A Long History of National Medicines Policy: where are we now? 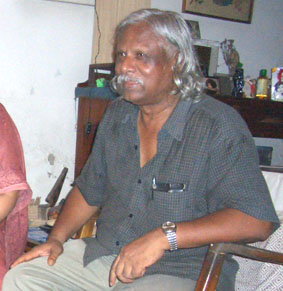 At the Asia Pacific Conference on National Medicines Policies, Sydney, May 2012, Dr Zafrullah Chowdhury described the current situation in Bangladesh and the events that have unfolded since the launching of the Bangladesh National Drug Policy in 1982.
His story can be read in the
HAIAPNews3August2012

Zafrullah Chowdhury: The Politics of Essential Drugs – lessons from Bangladesh is now available as an e-book.
The Politics of Essential Drugs : the makings of a successful health strategy – lessons from Bangladesh – Zafrullah Chowdhury – is now available as a pdf, epub, free download ebook and audiobook
Copy this link  http://bookdir.info/?p=533458
When a country adopts an essential drugs list, bans ineffective and harmfulpharmaceuticals and endeavours to boost local drugs production, it incites the wrath of the global drugs industry. This book tells the story of how Bangladesh, after introducing its National Drugs Policy in 1982, had to withstand a concerted campaign by transnational companies, their governments, and large sections of the medical profession. It assesses the achievements and the limitations of the Bangladeshi experiment, describes reform attempts in other countries, and provides evidence of malpractice and corruption in the pharmaceutical industry.

This paper raises critical questions around the wide and growing enthusiasm for Universal Health Coverage (UHC), which is increasingly seen as a silver-bullet solution to healthcare needs in low and middle-income countries. Although confusion still exists as to what UHC actually means, international development agencies typically define it as a health financing system based on pooling of funds to provide health coverage for a country’s entire population, often in the form of a ‘basic package’ of services made available through health insurance and provided by a growing private sector.
The complete pdf can be downloaded here

The costs and affordability of drug treatments for type 2 diabetes and hypertension in Vanuatu
Pacific Health Dialog Volume 19: Number 2: 1
September 30, 2013
Authors: Ian Anderson, Amanda Sanburg, Howard Aru, Len Tarivonda, Susan Ivatts, Rufina Latu, Jacob Kool.
Non-communicable diseases (NCDs), including diabetes and hypertension, pose increasingly significant health, policy and financing challenges in Vanuatu, a lower middle income Pacific Island country. Pharmaceutical costs to Government are becoming unsustainable. We show how pharmaceutical cost to Government rise in large, step-wise, patterns as diabetes or hypertension progressively becomes more severe.
Primary and secondary prevention of diabetes and hypertension is therefore a particularly important policy priority. Every person who adopted a healthy lifestyle and was able to avoid diabetes or keep it under control would avert direct drug costs to Government of up to $367 per person per year. Those able to avoid or control hypertension through adopting healthy lifestyles would avert costs to Government for drugs of up to $ 75 per person per year: the equivalent of what the Government currently spends on average on 18 other citizens. To read the complete article click here 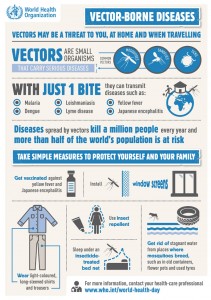 Inside Ciba Geigy – Olle Hanson Day May 23
Olle Hansson was an icon of the activist medical profession and wrote a classic in medical investigative exposure. The book was called ‘INSIDE CIBA GEIGY’ and published in Penang, Malaysia in 1989. It is an amazing piece and we like to share words from the the foreword written by Anwar Fazal, former President of International Organisation of Consumers Union (IOCU), co-founder of Health Action International (HAI) and the instigator for the idea of a Peoples Health Assembly.
‘Olle was a very special inspiration to us. His courage, his competence, his commitment were rare in a profession that is more often too comfortable or too implicated to speak out against a powerful industry.’

His passing on 23 May 1985 was mourned not by words but by a series of actions that will continue to inspire those working to see a more responsible pharmaceutical industry world-wide.

23 May has been designated as Olle Hansson Day and is celebrated as a day of action in India and several other countries. An Olle Hansson Award is made each year to a Third World person whose action for rational drug policies demonstrate the fine qualities of Olle, whose words, ‘Now is the time for Action’ will be a rallying call for all times. Read more

List of Books on Pills
E-DRUG is an international discussion network on all aspects of Management of Essential Medicines.  E-DRUG members suggested that a list of ‘Books on Pills’ should be compiled. The books in mind were mainly what could be called ‘Activist’ books that had been written and published to increase awareness of the issues that challenge access to essential medicines. These books must not be forgotten.  E-DRUG moderators and contributors have compiled a very impressive list that will download to your desktop if you click here.