PHA4 – 4th Peoples’ Health Assembly November 15-19, 2018 at Gonoshasthaya Kendra (GK), Bangladesh
For more about GK see http://gonoshasthayakendra.org/
and about Dr Zafrullah Chowdhury also see
http://www.haiasiapacific.org/wp-content/uploads/2014/03/Dr-Zafrullah-CV.pdf
All information and the online news about this event can be found here
https://phmovement.org/pha4-report-key-issues-and-demands/

A HAIAP Meeting was included as a satellite to the PHA 4 as described below and more details were shared with our members. More pictures of HAIAP members at the meeting can be seen here and here.

HAIAP together with the Third World Network (TWN) presented a self organised workshop during the assembly.

‘THE STRUGGLE FOR HEALTH’, an IPHU short course for young health activists from 5 to 13 November in Savar (just outside Dhaka), Bangladesh. Application deadline September 14. This course is held in the lead up to the 4th People’s Health Assembly (more here) which will also be held at Gonoshasthaya Kendra (GK) from 15-19 November.

Commencing as a single course, it was then split into two parallel streams, dealing with medicines policy, and gender and health, coming together again for the final day. It was expected that IPHU participants would also participate in PHA4.

THE STRUGGLE FOR HEALTH was presented by the International People’s Health University (IPHU) of the People’s Health Movement (PHM) – jointly with PHM-Bangladesh, Gonoshasthaya Kendra, Third World Network and SAMA Resource Group for Women and Health with Naripokkho.

It was decided that holding a major meeting on the theme of “Revive Health for All” in November 10-14, 2017 was too ambitious and this meeting should be postponed for later in 2018.

People were having difficulty obtaining funds for air-travel, PHM had no resources to commit, donor funding did not look promising and several people had committed to attend a Nutrition Conference with dates close by.

It was accepted that the proposed “Revive Health for All” conference, and the issues outlined, were still of great relevance but more time was required to finalise the planning and explore options for funding.

Instead, it was agreed that a HAIAP meeting would be take place at GK from November 10-12, 2017 concentrating on one of the issues previously identified: Ensuring Access to Affordable, Safe Quality Essential Medicines and their Rational Use.

Relevant country stories would be solicited and presented (action-orientated initiatives that have made a difference). The aim is to stimulate HAIAP members to further action, nurture younger health activists by promoting intergenerational exchange and identify underlying problems for placing on the agenda of the 2018 meeting.

It is hoped that ReACT Asia Pacific and the Therapeutic Guidelines Foundation might be partners for this meeting.

Some HAIAP members involved in this 2017 meeting are also members of PHM South Asia and PHM South East Asia, Australia and the Pacific and this should facilitate PHM involvement in the 2018 meeting.

Regrettably, HAIAP is unable to provide financial assistance for travel to Bangladesh. However, GK has committed to providing full hospitality for this meeting including airport pickup and drop, modest accommodation, all meals and AV facilities.

The Revive Health for All! meeting will be rescheduled for later in 2018 (the 40th anniversary of the Declaration of Alma Ata).

The full report of the May 2017 ISC meeting is available here.

The initiative: Zafrullah Chowdhury formulated the idea of an international meeting following the December 2016 decision of the High Court of Delhi to set aside the March 2016 decision of the Indian Central Government banning 344 irrational fixed dose combinations (FDC).

Zafrullah noted that, since the 1985 Nairobi Conference on the Rational Use of Drugs, for every two steps we have advanced we have gone one step backward. A progressive agenda for people-centred, rational and affordable health care continues to be undermined by powerful vested interests.

Zafrullah suggested that it is time for us to gather again globally to confront the forces and ideology that oppose Health for All.

The aim: To bring together like-minded groups such as Health Action International Asia Pacific (HAIAP) and the People’s Health Movement (PHA) to reflect 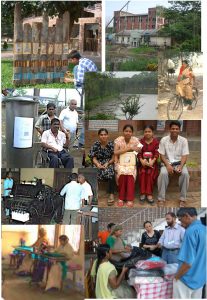 on the vision of the late Dr Halfdan Mahler (1923-2016), share the achievements and setbacks of various countries Essential Drugs and Health for all campaigns and reinforce our commitment to the cause.

Communicate with all to plan this initiative:
Send an email To:
hfa_bhaban@haiasiapacific.org
and it will go to everyone on the list of PHM and HAIAP and other recipients.  You don’t need to specify any names.  When you want to reply to everyone,  after a message from hfa_bhaban@haiasiapacific.org   clicking ‘reply’ should put that address in the To: box.   (It is worth checking that is what happens).

Dates: There was agreement that postponing the meeting to 10-14 Nov 2017 will allow more time for planning, obtain greater participation and find funds.  However that meeting has had to be deferred – see above.

Venue: Gonoshathaya Kendra  (where the first People’s Health Assembly was held in December 2000). It has conference facilities and can accommodate 250 persons in a combination of single and do 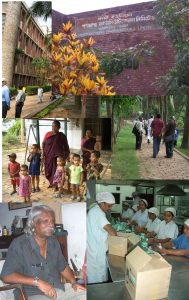 uble rooms and 8 bedded dormitories. Gono Bishwabidyalay (the People’s University) is a 10-minute walk away and has additional facilities and space.

Funding: People attending will be responsible for funding their travel to and from Dhaka. However, Zafrullah has kindly confirmed that Gonoshasthaya Kendra (GK) will extend full hospitality including airport pick up and drop, modest accommodation, all meals and AV facilities.

International Steering Committee: Zafrullah suggested this should include representation of activists, health workers, researchers/academics and policy planners belonging to different networks, agencies and academic institutions. Shila Kaur and Ken Harvey have been tasked to start this process along with Zafrullah.  Additional members of the steering committee are currently being finalised.

Resources:
Falsified and Sub-standard Medicines: Danger of Death  – Unusual in the industrialized countries   – Commonplace in developing countries
Jacques Pinel was a pharmacist working with MSF.  He devoted his career with MSF to improving the supply and use of quality essential medicines. He had almost completed this publication when he died in 2015.

Jacques’ close co-workers and companions therefore decided to finish the document in Jacques’ spirit so as to make it available to as many people as possible. The outcome of this process had been  made public in French in August 2016, and it is has now been translated in English.

The first chapter is devoted to explaining a few basic notions for a better understanding of the topic of medicines, their quality and their legal and regulatory environment.
The second chapter explains how a medicine can be of poor quality and the distinction to be made between falsified (counterfeit or frankly “fake” medicines) and “sub-standard” medicines.

The third chapter examines how the upheavals in the way the world is politically organized and the evolution of the international market have affected the quality of medicines available to the world.

And finally, chapter four explains what measures must be taken to improve the situation for the most deprived countries and the essential role played by the World Health Organization (WHO) with its Pre-qualification Programme.